Switch your organization to Zorin OS

How to prepare your fleet of computers for a migration to Zorin OS.

Migrating your business, school, or organization to a new operating system can be a significant undertaking. We've created this guide to make this process easier for IT staff; and to increase acceptance of this change amongst your employees.

For a smooth migration, we recommend taking these 4 steps to ensure your employees feel comfortable at every stage:

If a staged rollout of Zorin OS is preferred, this guide can be followed separately for each department in your organization.

If you have any questions or queries while following this guide, feel free to contact us at any time.

Try Zorin OS on one computer.

Start by testing Zorin OS by yourself to see if it's right for your organization.

Identify apps to be installed.

Take note of the important apps your employees use in their work to make sure they can run in Zorin OS.

Apps can be installed in Zorin OS using the built-in Software store. You can open it from the Zorin Menu > Software. In addition to the Software store, there are other ways to install third-party apps in Zorin OS, which you can learn more about in our "Install Apps" guide. Because Zorin OS 15 is based on Ubuntu 18.04, most apps built for Ubuntu and Linux are compatible with Zorin OS.

Learn how to install apps in Zorin OS 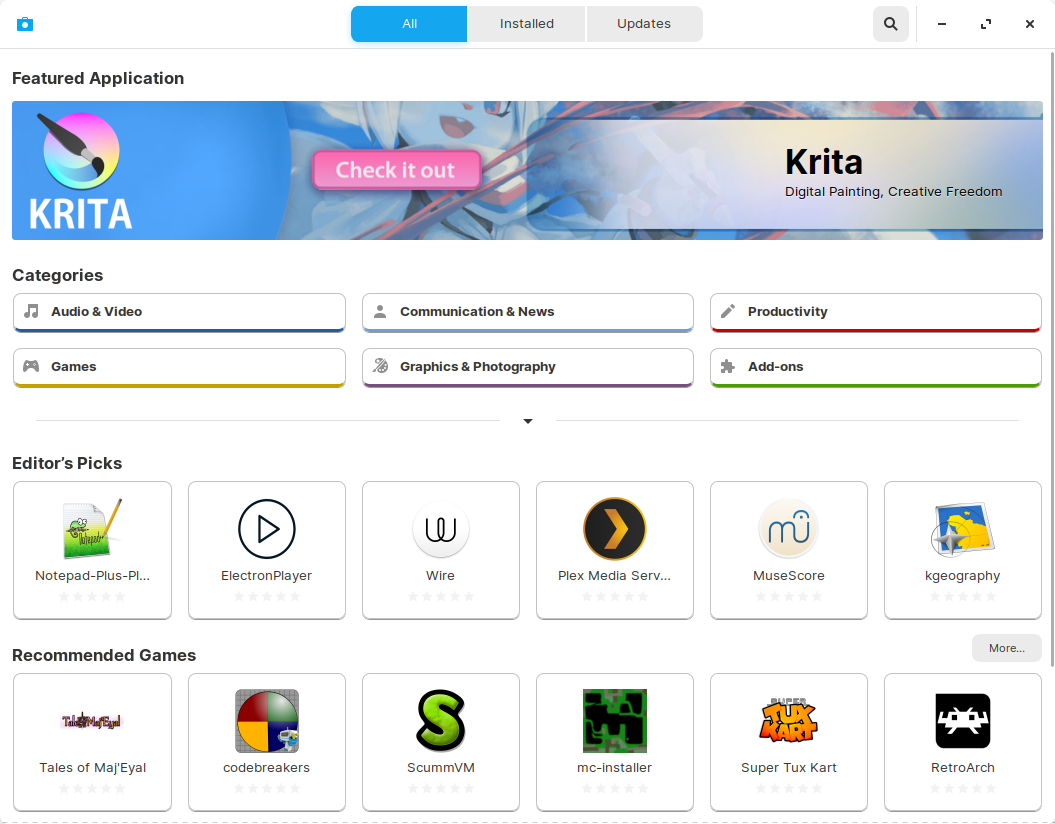 Many apps you use in Windows are also available as Linux apps in Zorin OS. Popular productivity apps that are also native in Zorin OS include…

Lots of Windows-native productivity software is now also available in the cloud in the form of web apps. You can use these apps inside a web browser in Zorin OS.

symbol). Switching to Open Source apps can help you to reduce or even eliminate licensing costs for the software you use – saving your organization money.

After you've identified the most suitable alternative apps, begin installing them on employees' computers on their existing operating system. This will ensure employees will be familiar with the new apps before making the full switch to Zorin OS – decreasing disruption and user frustration.

If you've selected multiple alternative apps, you can repeat the above steps for each app one-by-one; or by running pilot tests in parallel with each other on different groups of employees.

We're currently developing a tool for Zorin OS deployments called Zorin Grid. It's designed to simplify setting up, managing, and securing a fleet of Zorin OS-powered computers in your business, school, or organization. It will allow you to remotely configure computers to:

These configurations can be synced between groups and computers, so there's no need for custom scripts or disk imaging. Simply enroll a new computer into Zorin Grid, and the computer will automatically set up as intended. Zorin Grid will be launched this summer, but you can learn more about it here.

Be the first to know when Zorin Grid is available, and get early access to it. 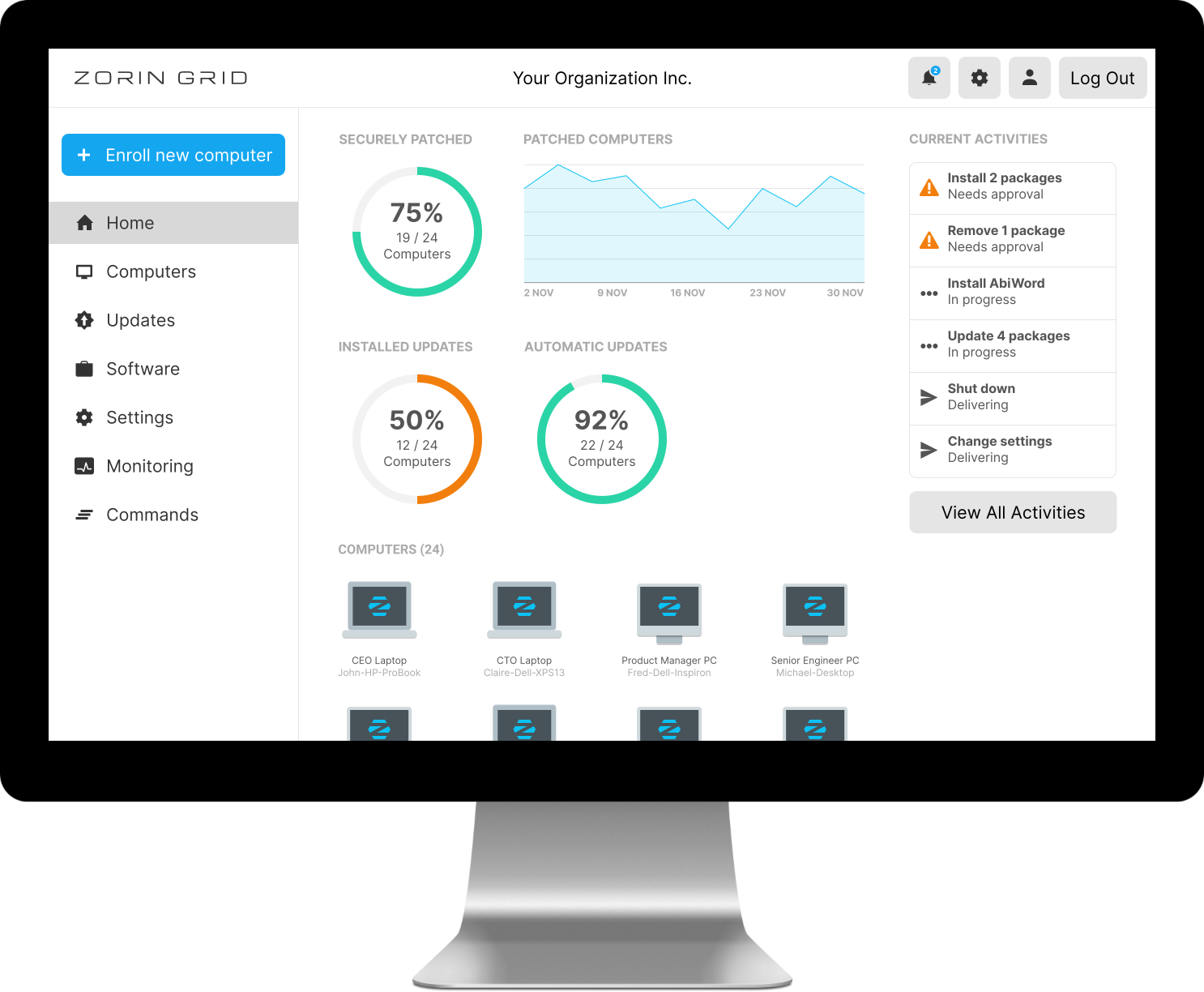 In the meantime – before Zorin Grid is available – we would recommend setting up a Zorin OS installation – with all necessary third-party apps installed – on one computer and creating a disk image of the Zorin OS partition. This will allow you to reduce the time needed to install Zorin OS and set up a working environment for your employees.

Clonezilla is a free and Open Source tool that can be used to create such a disk image.